Hop in the saddle for an 8-hour bike tour of the city, and discover the charms of Taipei as you explore it like the locals do, by bike. On this comprehensive bike tour, we cycle in a giant loop through the downtown Taipei area while experiencing over 20 of the key attractions this city has to offer! While an 8-hour ride might sound exhausting, it is actually quite manageable. Perfect for active types, the experience includes delicious food, beautiful sights, commentary from your guide, and lasting memories on this exciting all-day adventure! Breakfast and lunch is included on this tour. 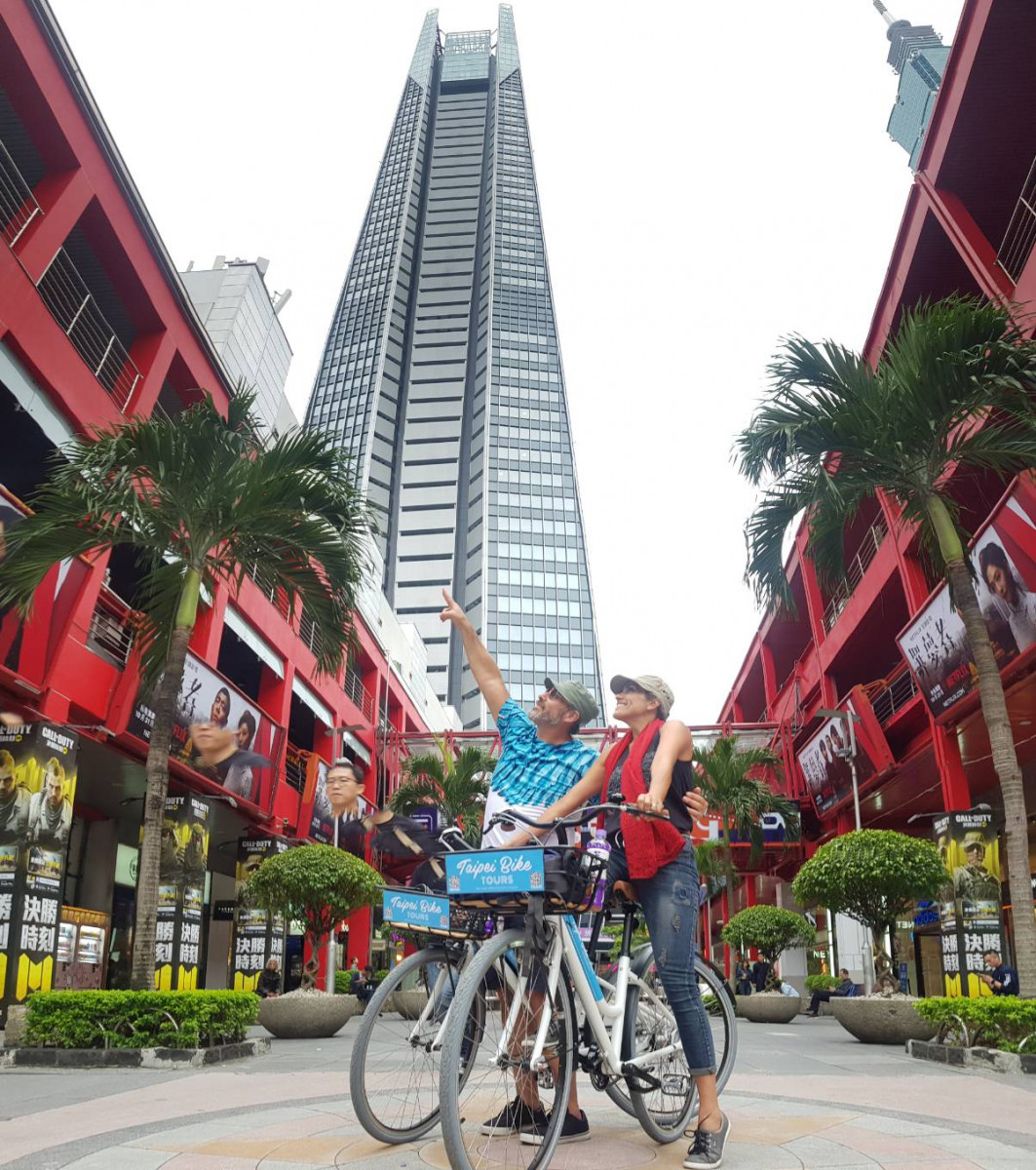 Helmet (not required to wear)

WunChang Temple- A Daoist temple dedicated to a deity of culture and literature that is nestled inside the morning market.

Xiahai Temple- A festive temple often visited by those seeking to improve their love life.

Longshan Temple- The most famous, and arguably the most alluring, temple in Taipei.

Jing Fu (East) Gate- The rebuilt east gate of the wall that once enclosed the capital city.

CKS Memorial Hall- A grandiose memorial dedicated to the former leader of Taiwan and of the Chinese Nationalist Party.

Taipei 101 base- Stare in awe straight up at the 101-floor skyscraper towering over you.

Xinyi Shopping District- Bike through an upscale shopping district where you can get a glimpse of modern Taipei.

Sun Yat-sen Memorial Hall- An imposing memorial dedicated to the founder of the Chinese Nationalist Party where we can admire the precision of the changing of the guards ceremony.

Grand Hotel Taipei base- Arguably the most immaculate hotel in Taipei that has housed notable guests such as Richard Nixon, Bill Clinton, and Nelson Mandela.

Taipei Bike Tours Office - We wrap up the tour back at the starting point.

You must be 18 years of age or older, or 12 years or older and accompanied by a parent or guardian to join our tours. Please check our FAQ section for information about what to bring, wear, and much more.